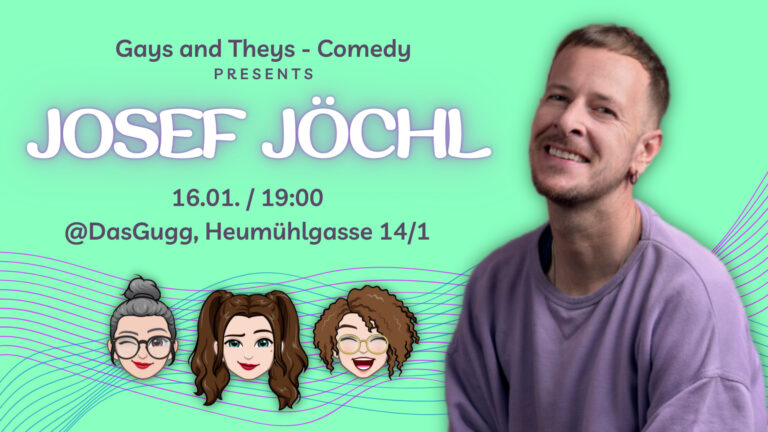 He has been part of the Vienna stand-up scene for a couple of years now, where he co-founded the PCCC*, the politically correct comedy club and co-hosted it until 2020.

Since then he came out with two very gay solo shows, which were warmly received. He also writes a sex column called „Sex and the Lugner City“.

For Gays and Theys – Comedy he will perform in English.